How Much Say Does a Child Have in Custody Battles? 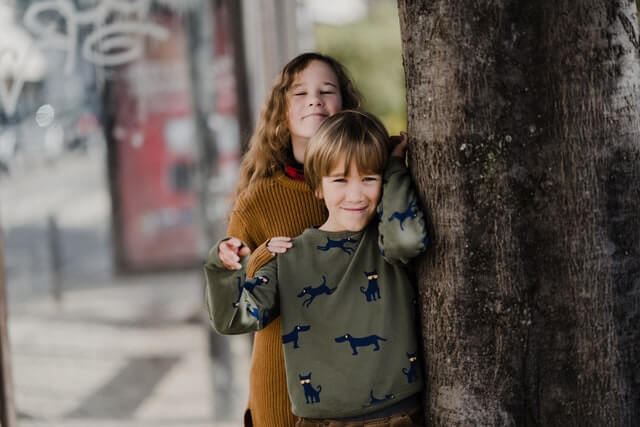 A child custody case is an emotional and tumultuous time for everyone involved. If they cannot agree on custody in private, families will have to go to a judge to help settle the situation. During a custody case, everyone is trying to look out for the best interest of the child. But doesn’t that include the child’s interest as well? Having a child give testimony during a case can assist in determining custody. But it can also be emotionally challenging for your child. By working with a child custody lawyer in Tyler, TX, you can protect your child’s best interests while fighting for custody.

Should Your Child Testify?

Having your child testify during a custody case isn’t something to take lightly. It puts a heavy emotional strain on your kid, especially if they have a positive relationship with both parents. The process invites a stranger to ask your child questions about their personal life and involvement with their family. The younger your child is, the more stress this can cause. Most parents choose not to have their children testify in the interests of protecting them during an already emotional period. Judges, too, can refuse to interview a child if they feel it’s not in their best interest. Working with a child custody attorney is the best way to ensure successful resolution without having to make them a witness.

When a judge listens to a child’s testimony, they typically interview the child privately in the judge’s chamber or other non-formal location. Parents are not allowed during the interview. Instead, the child meets with the court reporter and guardian ad litem. This is to reduce the influence a parent’s personal motivation may have on the child’s testimony. If the parents have specific questions they want the judge to ask, they must have their attorney submit the questions for them before the interview takes place.

How a Child’s Testimony Affects a Hearing

Even if your child does testify, it doesn’t always sway the opinion of the judge. In fact, the child’s personal opinions on the matter are often on the low end of the decision-making process. Their testimony is more likely to sway decisions on visitation rights over custody. However, their testimony can hold more weight given certain circumstances.

Typically, the older your child is, the more weight their testimony has. In Texas, only children over the age of 12 can be considered for testimony during a hearing. Teenagers (15-17) have the most influence over their custody cases. Because they’re older and their brains are more developed, they have higher credibility for both telling the truth and not being influenced by a parent’s personal motivations.

Your child’s testimony can corroborate or confirm other evidence provided. What a child says during an interview holds more weight if it can be backed up with physical evidence or other testimony. The connection between testimony and evidence is important during a custody hearing to help eliminate the odds of manipulation over the child. A parent may, for example, tell their child to say specific things during the interview to try and sway the judge’s opinion. However, if the parent is unable to provide evidence to support the testimony, the information won’t be well regarded.

Working with a Child Custody Lawyer in Tyler, TX

Even child custody cases that don’t need to go before a judge can benefit from having a child custody lawyer present. The truth is, no matter how much you love your child, separating their best interests from your own can be difficult during a divorce or breakup. A child custody lawyer, however, is removed from the situation. Therefore, they will fight only to protect the interests of your child and keep them safe. They’ll examine all the evidence and look at the case from all angles. This can determine what’s best for your child. Then they’ll work hard to ensure that they put those measures in place.

As a mother herself, Attorney Sarina Hager is a fully dedicated family law attorney. As a child custody lawyer in Tyler, TX, she works tirelessly to help defend your child’s interests and find the best custody outcome for all involved. She will always put your child first and won’t stop fighting until she reaches a positive outcome. If you need help with your child custody case, give the Hager Law Firm a call at (903) 466-0001. Schedule your consultation today.