Can You Get an Annulment in Texas? Answers from a Divorce Lawyer in Tyler 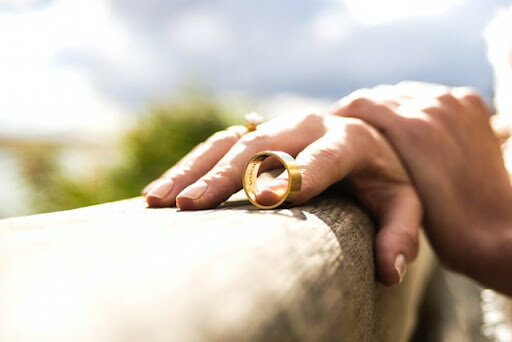 There are many reasons a married couple may decide to break up. In most of these cases, the parties would file for divorce and go through the legal process of ending their marriage. But there are some cases where an annulment is more appropriate. A divorce lawyer in Tyler, TX, can help you determine if your marriage is eligible to be annulled or if you’ll need to go through the divorce process. In either scenario, your lawyer can help you get what you need to support your claims.

A divorce is the process a married couple uses to end their marriage. It involves a waiting period of 60 days before finalization. There is additional 31 days after that before either party can remarry. With a divorce, the marriage is legal, and records of it and the divorce still exist.

An annulment, on the other hand, is a process that proves a couple’s marriage was never legal in the first place. There are a few different circumstances that allow a marriage to fall under this umbrella. With sufficient evidence, the marriage immediately dissolves, and there is no record of it. With an annulment, it’s as if the marriage never happened at all.

A marriage between close relations is legally void in the state of Texas. If the spouses have less than one degree of separation among them, they can file an annulment with the proper supporting evidence. Evidence could include birth or marriage certificates and genetic testing results.

In Texas, someone can only be married to one person at a time. If a couple married, and it was later discovered that one of the spouses was already legally married, the marriage becomes null and void. An annulment can be filed and the marriage erased. This requires supporting evidence proving the first marriage is still legal and binding.

Under the Influence Marriage

Marriages in Texas can be annulled if one or both spouses were under the influence of drugs or alcohol when the marriage occurred. Witness accounts or medical testing can provide proof of the influence. There is a caveat with this type of annulment, however. The one petitioning for the annulment cannot have willingly lived with their spouse after the effects of the drugs or alcohol had worn off. Otherwise, the marriage is considered legally binding, and they will need to file for a divorce.

In Texas, a spouse can file for an annulment if their partner was impotent and failed to disclose this information. The petitioner would need to provide evidence that they were unaware of their partner’s condition at the time of marriage. As with a marriage under the influence, the petitioner must not have willingly lived with their spouse after learning of their impotency. If they knew about the condition beforehand or did choose to live with them after, they would need to file for a divorce instead.

There are some individuals who will use fraud and force to get someone to marry them. A potential partner may lie and misrepresent themselves in order to convince someone to marry. They may also threaten or harm someone to get them to agree to the marriage. Proving these unsavory means of marriage can be difficult. Once proven, though, the petitioner will be able to get an annulment. However, they must not have willingly lived with their spouse once they discovered the fraud or the threat of danger dissolved.

Sometimes, rushing into things doesn’t always work out. After the issue of a marriage license, there’s a 72-hour waiting period before the marriage can officially occur. A couple may file for an annulment if their marriage took place before the waiting period was over (with a few exceptions, such as military members on active duty). The couple has 30 days from the marriage to file an annulment in this instance.

Contact a Divorce Lawyer in Tyler to Discuss Annullment

An annulment might be the best answer for you if your marriage wasn’t legal in the first place. Attorney Sarina Hager is an experienced divorce lawyer in Tyler, TX, who can help you determine whether your marriage qualifies for an annulment. Her knowledge of Texas laws is vital for your petition to have your marriage annulled. And if it does come down to divorce, she’s more than qualified to help you through the process. Call the Hager Law Firm today at (903) 466-0001 to begin.